Neil Douglas and his inner search for truth

My eye was quickly caught by the paintings of Neil Douglas with a particular fondness for his Blossom series. It was interesting to discover the process behind his series but even more to know about his personal reflection about faith, memory and mortality that he expresses through his work.

Neil confides that he will explore new grounds in the coming year and his schedule is already busy with shows in London, Brisbane, Taiwan and Singapore. Can’t wait to see what’s next! Thanks Neil for sharing your work.

Where do you live and what is your background?

I am originally from Bristol in the southwest of England. There seems to be a certain sense of restlessness at my core so I tend to move around and relocate the studio quite often. I am currently working out of the Metro Arts studio complex in Brisbane, Australia.

What was your artistic path? Who are your main influencers?

As a kid I had always loved to draw, I had been a terrible student but art provided me a visual form of communication and understanding that has stayed with me.

Painters such as Sickert, Whistler, Lowry, Spencer, Bellows, Tapies are among a wide range of artists I would class as mainstay influences. But for me it is just as important to have influences among contemporary painters. British artists such as Clive Head, Nathan Walsh and Simon Hennessey have been invaluable to me in seeing how they approach and depict their interactions with the city. All three of those artists are drawn toward urban environments with very different outcomes.

I am fascinated by contrasts, be that through elements of nature within the manmade, decay/decline set against regeneration/renewal or more recently the idea of memory against reality.

I was very interested by your pieces made of several canvases like Under the Jacaranda Tree. Can you tell me about your inspiration and your process?

The title comes from the R Godfrey Rivers 1903 painting ‘Under the Jacaranda’ which is exhibited at the Queensland Art Gallery. Like myself, Rivers had come to Australia from the UK. I had arrived in Brisbane in 2015 just as the jacarandas were in bloom and carpeting the city.

The painting began as much of my work does – on the studio floor. I will often work with multiple canvases simply as I don’t want to be limited by the canvas edge. There is no set composition, after a few months of dripping numerous layers of paint the canvases were hung on the studio wall where I would then attempt to find a balance between the different forms and introduce the darker branches to bring the work together.

This approach tends to throw up many new questions, in this case the fluidity of the composition meant that there was never any set idea as to how the final work would be displayed. I had toyed with the idea of splitting the piece into 2 separate grids. The painting was exhibited at London’s Albemarle Gallery. I worked with the gallery to decide how best to exhibit the piece within that space and eventually we decided to show it in its entirety.

Good question. When I look at my own work I see an honesty, a search for a truth, even if the painting has been unsuccessful and ultimately ends up being destroyed. For me painting will always be more about realisation than expression.

It is a strange experience seeing my work from over a decade ago. As a painter I am always going to want to keep pushing the work, as soon as you stop the work becomes repetitive. But looking back over older works reminds me of the questions that I was asking of myself at the time. Occasionally there is a certain sense of satisfaction in finding an answer but more often than not a painting will just throw up a new batch of questions.

What do you want to achieve with your art?

A continuation of that search. As soon as painting ceases being a challenge, or loses that ability to consume me, it will be time to walk away. We spoke earlier on influences, one of the dangers being that there is a fine line between admiration and imitation. I hope to be able to continue to work in a manner that feels individual and continues moving me forward.

I guess my anecdotal advice would be to keep your eyes open for new possibilities and opportunities and to have faith in yourself. As I mentioned before I always had a love for drawing and even back in childhood I had faith that it would show me the way.

I left school at 16 and went straight to work at the local plastics factory working alongside guys who had been there for the past 40 years. On a lunch break I passed one of my former teachers in the street who had just established a 6th form college. He remembered my interest in art and asked if I would like to study art at the college. From that chance meeting I ended up being able to go on to study art at University which helped me along the way to where I am today. I often wonder what route my artistic life would have taken without that encounter.

What is the question you’re asked the most?

Usually questions on how to go about getting gallery representation from younger artists. Just as art is individual so is an artist’s career path. There is no golden rule. Don’t follow trends, don’t imitate someone else’s style and definitely don’t try and imitate their career. Find your own way. The art market is constantly evolving with established galleries disappearing and new ventures replacing them. It’s an exciting time to be an artist, the boundaries are constantly shifting. Painters such as Lincoln Townley are having great commercial success creating their own markets and audiences.

Have confidence in your work and surround yourself with artists who will challenge and question your work. The business side of it will take care of itself as long as the work is strong enough.

What is the question you’d like to be asked?

‘Can you tell me about your inspiration and your process?’ – Something along those lines.

My gut instinct tells me that I am coming to the end of the blossom series of paintings produced over the last 2 years. There were many questions on mortality and faith wrapped up in those paintings which I feel like I am reaching a conclusion on.

As faith becomes an increasingly significant factor in my life I am working on a few rough sketches around the practice and intimacy of worship.

I am looking forward to working on a series of collaborative projects in 2017. Collaborating with the photographer Neill Kumar to document the worship paintings and also working with the Italian dancer Selene Pennetta on an artwork that will interact with her own interpretation of the historic Pizzica.

2017 will include exhibitions in London, Brisbane, Taiwan and Singapore. 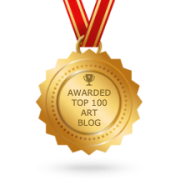